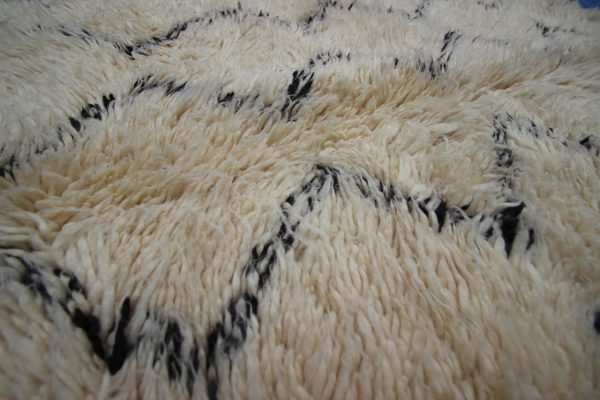 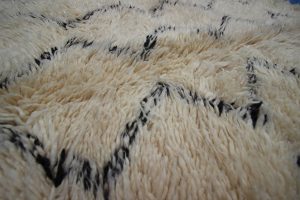 Morocco has a cultural tradition of possessing spectacular rugs that dates back for thousands of years. In fact, studies have shown that the first Moroccan rug was found to be dated from the Paleolithic Era. The production of rugs subsequently continued until the Berber tribe formed within Morocco. Historically speaking, the Berber tribe was the most famous for weaving rugs due to Morocco’s unique climate that fluctuates from desert to freezing mountain winters. For example, the Atlas mountains had several heavy snow pilings, which caused the nomadic tribe to have to create a tangible object that could be warm, but that was transportable. This is why the weavings could be no higher than seven feet.

What started out as a need to keep warm turned into a fashionable trend that contained religious symbolic artwork that began to derive meaning. These symbols were passed down from generation to generation in which elders of the tribe members showed their children and grandchildren how to weave them with precision. What is remarkable about these symbols is that they are utilized to tell the story of an individual’s life from start to finish. The talented individual who is weaving them spends a significant amount of time and precision because it is truly showcasing their life’s work. In fact, the weaving of the rug can take up to one year to complete due to the intricate detail that is involved in weaving construction. This is precisely why these rugs remained undiscovered for such a long time.

Moroccan Beni Ourain Rugs did not make contact the Western cultures for many years. It was not until the 1930’s that several interior designers who were ahead of their time began to find and use the rugs in their designs. Some examples of these designers are: Alvar Alto, Le Corbusier, and Charles. Another notable celebrity that would travel to Morocco regularly was Frank Lloyd Wright. Frank Lloyd Wright would decorate many of his homes with these rugs, which is one of the reasons that they became quite popular in interior design for many years to come.

Today, Beni Ourain Rugs are used all over the world in interior design, which has created a sensational economy for local Berber tribes to prosper. A slight variant to the market has come into the market as well from the Azilal tribe who has also created a one-of-a-kind pieces. They originate in the Tadla-Azilal province in the Atlas Mountains. They are subsequently produced by the Ait Bou Oulli, Ait Bougmez, Ait Shokmane, and Ait Bouzid tribes. These rugs are special in that they are far rarer than the Beni Ourain rugs, but they use the similar color scheme of ivory and ebony designs on a neutral white background.

In the modern interior design community these rugs have become quite popular, which is no surprise. The reason that they continue to skyrocket in popularity is that they are unique and iconic. Individuals want unique pieces such as these in their home because each and every one is different. This is what makes Beni Ourain Rugs a sensational investment for one’s home because, if cared for well, there is a substantial resale value. Thus, if you are an interior decorator or an individual who is working on the next concept of your home, consider investing in a Beni Ourain Rug. The reason for this is that you will not only be buying a meaningful piece of home decor that is one-of-a-kind, but you will also be contributing to a local tribal economy while simultaneously allowing their cultural traditions to be preserved for many years to come.